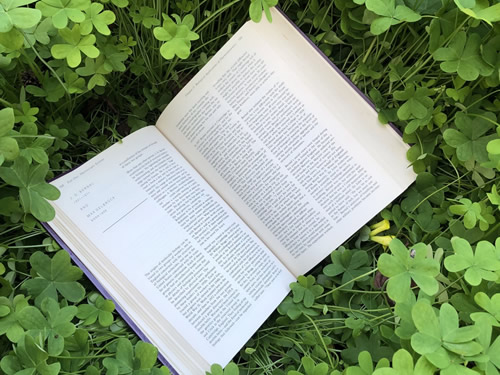 If a book falls in an empty forest and nobody listens, is it still a book?

Writing involves two levels of engagement. First we wrestle written words into sequences that our brain deems important enough to memorialize — an image, a feeling, an experience or lesson. Secondly, we engage with our audience — hoping that our discourse elicits an emotion, paints a picture, conveys a message, entertains, or educates our audience.

We want to believe that if we choose our words deftly enough, if our topics are timely enough, our images vivid enough, we will hijack some cortical space in the brains of our readers. But the frenetic pace of our world containing 7.69 billion humans, at least half of whom seem to be blogging or tweeting at any one moment, confounds opportunities to even find people to read and react to our statements.

More than a year a go I wrote a 65,000 word treatise and flung it to the publishing world. (I’m saving the word “book” until someone actually publishes it.) When I subject friends, or even strangers, to diatribes on my topic, they often tell me that the material sounds interesting, pertinent, even important. In contrast, the publishing world claims that my topic won’t sell, that I am straddling markets that are too disparate, that the topic is too controversial or over-saturated, or that my previously non-existent on-line platform was too small.

So I started writing and posting shorter articles to deliver my message. I’d like to think that I write more precisely, powerfully, and inspirationally than I speak, particularly given the slow cadences of my midwest monotone. But other than a handful of friends, family members, and patients who were already familiar with my theme, response to my on-line output remained desultory.

Until I was discovered. Sort of….

My not-yet-book aspires to promote greater awareness and understanding about adult ADHD — to make the case that this potentially serious condition affects more than just a propensity for distractibility. I employ Donald Trump as the Poster Boy for Adult ADHD to illustrate this point, and also to illuminate much of our president’s unusual behavior.

A few months ago, knowing of my interest in Mr. Trump’s mental health, a friend forwarded me a Kickstarter link to a movie about his “malignant narcissism”. The funding plea scrolled on for pages, eventually leading to several paragraphs on the ethics of talking about the president’s mental health. They explained why they felt it appropriate to flout organized psychiatry’s ban on publicly discussing a prominent individual’s psychological disturbances without an in-person evaluation and consent to release information. We call this prohibition the Goldwater Rule.

I have addressed this very topic in articles on Medium and Doximity: “Donald Trump’s ADHD Throws Cold Water on the Goldwater Rule”. I had described how, unlike with other mental illnesses, we define ADHD by purely observable behaviors, and can thus make a reliable diagnosis of Mr. Trump’s ADHD based on the vast array of video data in the public domain. Because we are only utilizing publicly accessible information, we aren’t breeching confidentiality when discussing conclusions made from observations available to everyone.

Scanning through the film’s Kickstarter request, I froze upon reading “Donald Trump’s malignant narcissism throws cold water on the Goldwater Rule.” They took my line! And they didn’t even get it quite right! My line! Well, maybe someone else could have thought that up. Maybe, it’s just an eerie coincidence. For a few seconds these competing assessments bickered in my brain.

And then I saw the picture, photo-shopped by my fifteen year old daughter, of Barry Goldwater, hands upraised in from of a podium, with a blue swirl of water cascading upon his head. My initial response was correct. They had taken my words, my picture, my idea! Without any acknowledgment! And misappropriated at that, because “malignant” narcissism isn’t even an official diagnosis, and narcissistic personality disorder (NPD) requires knowing, not just assuming, what Mr. Trump really thinks and feels, so NPD can’t side-step the Goldwater Rule the way ADHD might.

A feeling of violation suffused me — the ideas I had worked so hard to forge and formulate had been stolen from me. But simultaneously I felt validated, because someone outside of my inner circle, someone who seemed to possess a far larger audience than I addressed, had obviously read what I had written, liked it enough to borrow it, and used it to draw attention to their own cause. It felt gratifying to speak to a wider world, albeit indirectly, anonymously, and with part of my own intent mistranslated.

I emailed the Kickstarter film and indicated that I felt surprised and flattered by their borrowing my phrase and my daughter’s handiwork, and that I would appreciate proper attribution of my contribution. I even volunteered to discuss the Goldwater Rule in their film.

That was two months ago. I haven’t heard back. Which feels so similar to not hearing back from so many publishers and agents after submitting my book proposal. Maybe the film makers only count the money and don’t even read the Kickstarter comments. Maybe some intern read my feedback and wasn’t equipped or empowered to deal with the issue. Maybe the producer or other high ranking individual read it and felt guilty and didn’t want to respond. The scenarios go on and on. Silence provides both a wonderfully blank slate and a potent motivation for perpetuating our story-telling. I simply don’t know why I haven’t heard back from the film-makers.

But I do know that writing these paragraphs has motivated me to try to reach out again, to check whether they are interested in proper attribution of my words, or want to include me as part of their project.

I can only work on my end of the writing process. I can become a better writer. I can write more. I can work on building a larger audience. I still don’t know whether my treatise will ever become a book. So far it rests where it has fallen, in a mostly quiet forest. I control whether or not I am a writer. But you, the readers, will determine whether I transform from writer to author.