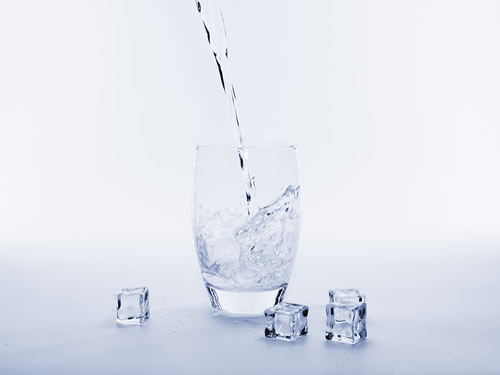 For the past two years, mental health experts and society at large have debated whether it is appropriate to talk about Donald Trump’s mental health. The discussion has focused on claims of violations of confidentiality and of potential harm to the country. These topics highlight the ethical principles of autonomy (patients have the right to make decisions about their health care, including not revealing information to others), beneficence (doing good for the patient or society), and non-maleficence (minimizing harm to the patient or to society). The ethical principal of veracity — that all commentary is true and accurate — has lurked silently in the background of this conversation — a particular irony in the Age of Trump. Organized psychiatry maintains that psychiatrists should not comment on the mental health of public officials without a personal evaluation and the individual’s consent, a decree known as the Goldwater Rule. We need to discuss veracity because it undergirds the Goldwater Rule.

The Goldwater Rule was created in response to the election of 1964, when several hundred psychiatrists answered an opinion poll regarding Arizona Senator Barry Goldwater’s fitness for the presidency. Fact magazine, which instigated the poll, published numerous quotes from psychiatrists, cloaked in psychoanalytic and psychiatric terminology, which were patently personal and political attacks on the candidate. Goldwater sued Fact’s editor and won a sizable judgment for libel, a decision that was unsuccessfully appealed to the U.S. Supreme Court. Interestingly, Goldwater himself claimed to have been more traumatized by the slurs on his masculinity, and the implication that he was homosexual, than by accusations that he was a “megalomaniac” or “a paranoid schizophrenic”.

The Goldwater Rule was appended to the American Psychiatric Association’s (APA) Principles of Medical Ethics in 1973 and does address real and important ethical issues. However, professional embarrassment was also a major factor in motivating organized psychiatry to proclaim this rule. The public statements about Senator Goldwater made psychiatrists sound judgmental, petty, silly, inconsistent and unscientific. Our lack of veracity created a bigger negative impression on the public than our lack of probity. Because the Goldwater Rule was at least in part designed to protect the guild of psychiatry, I consider it a form of “guild tripping” — an attempt to coerce silence in order to safeguard the professional reputation of psychiatry.

Veracity is an essential foundation for any ethical commentary — all untrue statements about the mental health of public figures are inherently unethical. The Goldwater Rule addresses veracity by stating that an assessment should not be made without a direct, in-person, interview of the patient, implying that anything else constitutes conjecture rather than a thorough evaluation. However, in-person interviews are not an infallible path to truth. In the forensic realm we consistently hear diametrically opposed testimony from “experts” who have examined a defendant and differ about the presence of schizophrenia, dementia or other mental disorders. In my own practice, I routinely see adults who robustly and unequivocally meet the full definition for Attention Deficit Hyperactivity Disorder (ADHD) but whose only prior diagnoses and treatments were for depression, anxiety, or substance abuse problems which were largely secondary to their underlying, and undiagnosed, ADHD. 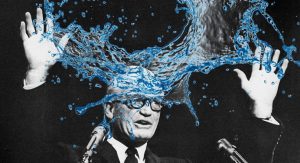 Psychiatry has attempted to reduce subjectivity in diagnosis in successive revisions of the Diagnostic and Statistical Manual (DSM), by increasingly basing diagnoses on observable behaviors rather than on feelings, motives, or putative psychodynamic progenitors of a condition. In the modern era, we have created vast video libraries of the behavior of many public personalities, in a variety of settings, often over a span of years, along with collateral information from numerous sources. The volume of relevant, behavioral data in public databases dwarfs what we can possibly obtain from our own interviews of patients.

An in-person evaluation is no longer the gold standard for diagnosing ADHD in cases where other sources provide considerably more information relevant to assessing behavioral symptoms. ADHD is defined in the current DSM by eighteen objective, behavioral symptoms (e. g. interrupting others, being inattentive, being distractible, fidgeting). Mr. Trump pervasively and excessively displays most of these eighteen, far more than the five required to diagnose adult ADHD. The public record also contains ample evidence that he fulfills the remaining criteria for ADHD. When Mr. Trump blurts out comments about “shithole countries” , how big his hands are, or not needing to prepare for talks with the North Koreans, we don’t need to know his motivations, the impulsiveness of the utterances qualifies them as evidence of ADHD. Not knowing what Mr. Trump actually thinks and feels precludes diagnosing a narcissistic or antisocial personality disorder, for example, but it does not impair the ability to make a valid assessment of ADHD.

In a democracy, in order to make informed voting decisions, citizens require knowledge about conditions that impair a candidate’s judgment or decision making. If psychiatrists have expertise in identifying mental illnesses, then we should be leading the discussions regarding the mental health of public leaders. It is unethical, on the grounds of veracity and non maleficence, to abdicate our obligation to society and relegate these conversations to those with less training or knowledge. Do we forbid climate scientists from publicly discussing global warming and leave that task to TV weathermen, untrained pundits, or anyone who has been caught in a storm? (Yes, actually, now we do.) When a president demonstrates clear evidence of a mental health condition, I believe that psychiatrists should be at the forefront of the public assessment and discourse. What the public actually does with that information is up to them.

The Goldwater Rule was formulated a half century ago when all psychiatric diagnoses were conjectures, all mental illnesses were deeply stigmatized, and our notions of privacy were radically different. If we have achieved substantively greater diagnostic veracity, then we have altered the framework for determining beneficence and non-maleficence in making a psychiatric diagnosis. Our knowledge is changing, our privacy standards are changing, and President Trump’s ADHD has indeed thrown cold water on the Goldwater Rule. While President Obama promoted a meme of “Hope and Change”, President Trump’s ADHD-driven approach has been one of “Change, then Hope” (that anything good might come out of this). The Goldwater Rule should be upgraded to reflect how ethics apply to our modern world.

The first reason to discuss Mr. Trump’s ADHD is that, as the Poster Boy for Adult ADHD, he could be potentially teaching an under-informed public about the extent and severity of ADHD symptoms. This would be a huge public service give the millions of undiagnosed adults with ADHD, and that ADHD is a treatable condition. We must also remember that the content of his speech — the racism, sexism, and general rancor, are not aspects of ADHD. The second reason to discuss Mr. Trump’s ADHD is that this condition fundamentally shapes how he perceives, processes, and responds to the world — any attempt to understand him without this realization is fruitless. The third reason to discuss Mr. Trump’s ADHD is that he is both the product of the world we live in, and is shaping this world in evermore-ADHD directions. Without a greater understanding of ADHD we are ill-prepared for the new world we are creating.

In the early days of the AIDS epidemic, ACT-UP promoted the slogan “Silence Equals Death”. In our own era, when an impulsive, ADHD-driven action by Mr. Trump could easily trigger a nuclear combat or conventional war, Silence Equals Death speaks to the importance of revising the restrictions imposed by the outdated Goldwater Rule.